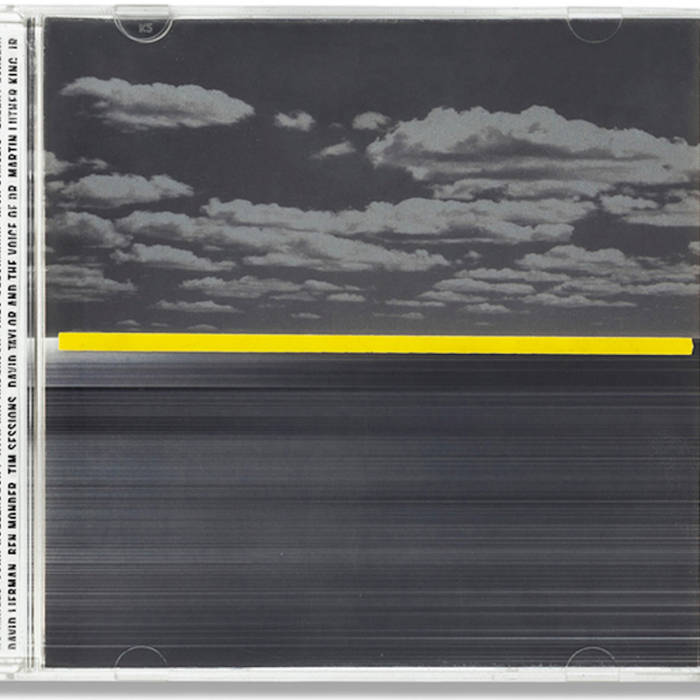 Liner Notes to no images:
While drummer/composer John Hollenbeck chose to title his debut recording no images, what becomes clear quite quickly is that there is indeed a visual analogue to every piece on the album. In some cases the images are specific and concrete; in others they’re more impressionistic and subject to interpretation. One could even posit a visual counterpart for the two sets of completely abstract miniatures. But one of the most remarkable things about the disc – a long overdue documentation of one of New York’s most impressive contemporary musical artists (and best kept secrets) – is the sheer range and diversity of compositional strategies he employs to evoke his gallery of unseen imagery.
"BlueGreenYellow," for three tenor saxophonists and drums, is a study in musical synesthesia – strictly speaking, a medical condition in which sensory inputs are mixed unusually: for instance, "hearing colors" in which each saxophonist represents one of the colors in the title. First up in order of solos is David Liebman, who returned to the tenor for this 1995 session after many years as a soprano specialist, providing the color "blue." Ellery Eskelin represents the color "green," and also demonstrates the element of chance inherent in writing music for improvisers; according to Hollenbeck, the shade of green he’d had in mind ("kelly green") was not the shade that Eskelin actually played ("kind of olive green"). Rick DiMuzio, an old friend of Hollenbeck’s, was the only "yellow" tenor he could find, he says. His section goes beyond color into onomatopoeia as well: "At the end of his section, he tells – plays – a joke, with severe laughter following."
"Without Morning" teams Hollenbeck with two fellow explorers of the gray area between composition and improvisation, vocalist Theo Bleckmann and guitarist Ben Monder. Monder, one of the most promising young guitarists on the contemporary New York scene, is Hollenbeck’s former roommate, and the two share a longstanding musical empathy. "Without Morning" is Hollenbeck’s first meeting with Bleckmann, who has since become one of his most frequent collaborators. The two have recorded an intimate and wide-ranging self-released duo CD, Static Still, and have also worked together in the ensembles of composer/vocalist Meredith Monk. The melancholy piece, according to Hollenbeck, is a "musical goodbye" – the resolution of a love affair.
The "Liebman/Hollenbeck Vignettes" and "Eskelin/Hollenbeck Vignettes" are two sets of six spontaneously improvised musical encounters between the drummer and two of his "BlueGreenYellow" collaborators. Liebman’s reputation stretches back decades to his work with such famed leaders as Miles Davis and Elvin Jones, while Eskelin is one of the more versatile hornmen to come to the fore in the 1990s. The pieces heard on the album are unedited and presented in the sequence in which they were recorded – in a sense, each is a series of stream-of-consciousness conversations. Each player brings his own measure of order and chaos to the proceedings, and despite obvious timbre similarities, comparison of the two sets readily demonstrates the wide range of expressiveness and individuality afforded by free improvisation.
Hollenbeck makes use of a recorded sermon by Dr. Martin Luther King, Jr. in "The Drum Major Instinct." Conceived during Hollenbeck’s last year at the Eastman School of Music, the piece is scored for two tenor trombones, bass trombone, drumset, and the taped voice of King. According to Hollenbeck, he chose trombones "because statistically they’re the most humble in a big band setting – they are the team players." He had not yet encountered the sanctified trombone choirs of Harlem, but had been impressed with trombonist Gary Valente’s "preaching" in the band of Carla Bley, leading him to feel that the instrument had the right "spiritual characteristics" for the piece. Nor had he heard drummer Max Roach’s LP Chatahoochie Red, which also makes use of a King speech. Hollenbeck sets King’s words in an entirely different way from his legendary forebear, yet both find an artistic affinity in the orator’s martial cadences.
"The Drum Major Instinct" is performed in total darkness, so that the presence of the musicians would be as invisible as that of the orator himself – necessitating memorization of the written materials. The piece begins and ends with a simple four-chord cell, and follows the rhythms of King’s heroic oratory – drawing upon its emotional power while simultaneously creating a dramatic setting for it. At times, the players follow the cadences of the speech, while elsewhere they comment freely upon it, like a congregation echoing the words of the minister. The piece builds in intensity along with the sermon, resolving into a chorale as King’s message reaches its climax. At the end, the instrumentalists follow King down the aisle of the church and shut the door behind them as they exit.
Ending the album is a very recent work, "no images," a concept adapted from an earlier composition and based upon a poem by Waring Cuney. In the poem, a young woman longs to see her image reflected in the waters of a flowing river, but can’t envision it in the dishwater of her daily life. Hollenbeck evokes the desired reflection by simply playing his late grandmother’s old Autoharp with the whirring blades of a small personal fan – capturing a fleeting, evanescent image through a decidedly un-technocratic use of technology. It’s another small but telling example of the poetic sensitivity and ingenuity that Hollenbeck brings to bear in each new creative challenge he sets for himself.
(Steve Smith 8/01)

NO IMAGES
SHE DOES NOT KNOW HER BEAUTY
SHE THINKS HER BROWN, HAS NO GLORY
IF SHE COULD DANCE NAKED UNDER PALM TREES,
AND SEE HER IMAGE IN THE RIVER
SHE WOULD KNOW
BUT THERE ARE NO PALM TREES ON THE STREET
AND DISHWATER, GIVES BACK NO IMAGES
— WARING CUNEY

REPRINTED WITH PERMISSION BY THE NATIONAL URBAN LEAGUE

THE DRUM MAJOR INSTINCT WAS RECORDED ON FEBRUARY 24, 1995
RECORDED AT EAST SIDE SOUND BY JON ROSENBERG

WITHOUT MORNING RECORDED ON FEBRUARY 11, 1996 AT THE POWER STATION BY AYA TAKEMURA