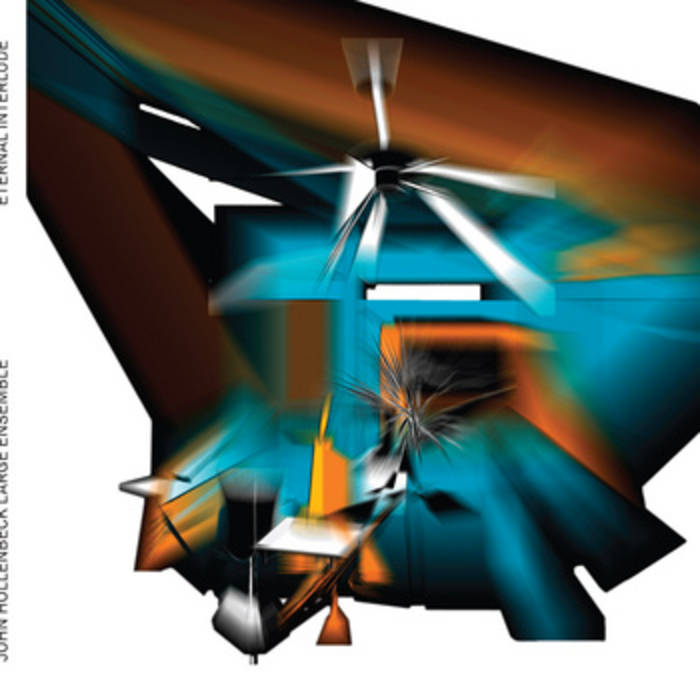 "...Hollenbeck is taking the big band into the future. " — Chris Barton, LA Times

"John is one of the most brilliant musicians I’ve had the privilege of working with." — Meredith Monk

The John Hollenbeck’s Large Ensemble’s second CD eternal interlude earned a Grammy nomination as did their debut CD A Blessing. Their music is an audacious example of the power of big band jazz to express emotions well beyond swing-era clichés.

“John Hollenbeck’s 18-piece Large Ensemble can explode with rhythmic drive and technical dazzle, or it can evoke serene calm, tone poetry and even prayer. It’s a big band for a new eclectic world, building on the legacy of seminal big-band composer Bob Brookmeyer and other role models. Hollenbeck holds it together with intricate drumming, compositional acumen and searing wit as he marshals the resources of top jazz improvisers, including saxophonist Tony Malaby and vocalist, Theo Bleckmann. The ensemble is currently touring to celebrate Eternal
Interlude (nominated for a Grammy in 2009), the eagerly awaited follow-up to A Blessing (nominated for a Grammy in 2006) and Joys and Desires, a memorable side project with Europe’s Jazz Bigband Graz." — David Adler, TimeOut New York

“Calling the drummer-composer John Hollenbeck a jazz musician is like referring to Thom Yorke as a mere rock and roll crooner. It seems a rather narrow description for someone with such prodigious talents and ambitions. Mr. Hollenbeck writes pieces for his large ensemble that are almost symphonic. They share a lot with the more ecstatic strains of contemporary classic music, the kind practiced by John Adams and the drummer’s longtime employer, Meredith Monk. And yet if David Binney is a jazz musician then so is Mr. Hollenbeck. They are both reinvigorating the art form with influences from the broader culture. Jazz needs more of this.” – Devin Leonard, The New York Observer

Foreign One – commissioned by Scottish National Jazz Orchestra and is dedicated to composer Thelonious Monk and based on his composition “Four in One.”

The Cloud – commissioned by Bamberg Symphony Choir and Big Band.

eternal interlude is dedicated to: Bernie Shifrin, a very important teacher to many, including myself and his favorite student Tony Kadleck;  Bob Fiori, my uncle; the 13 victims of the shooting at the American Civic Association in Binghamton, NY (my hometown); and Gerald Hollenbeck, my beloved father, who all passed away during the production of this recording.  With Love, John