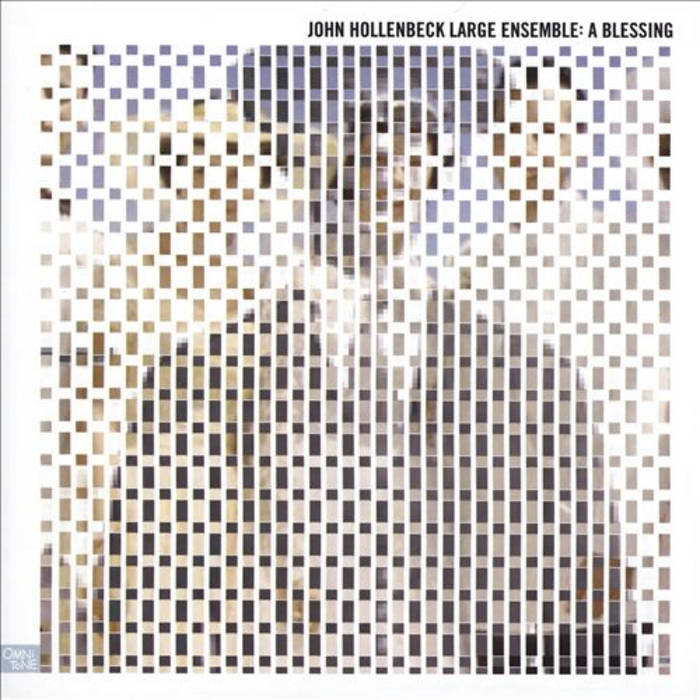 “[John Hollenbeck’s] world view, his imagination, his daring, and his skills, combined with a God given gift, make him - to my ears - one of our most important composers.”
_Bob Brookmeyer

Liner notes:
John Hollenbeck doesn’t march to the beat of a different drummer; he is that drummer and percussionist and composer. Maybe that’s why the press have chosen to use expressions like “beyond jazz” to describe his work. And maybe that’s why interdisciplinary performance pioneer Meredith Monk enlisted John to collaborate on her recent projects and calls him “one of the most brilliant musicians I’ve had the privilege of working with.”

John doesn’t feel like he’s being purposefully rebellious in his music (though he continues to proudly include in his e mails a review quote that asks about his music, “What the hell is it?”). John avers, “I’m not making a special effort; I am just being myself. I have always instinctively looked for my own personal vision. It is a blessing and a curse.”

He considers the music he writes and his playing to be “one in the same,” though he feels that his playing style has changed so he can better hear the music he’s written. John also sees no discontinuity between writing for small or large groups, both of which he simply treats as “ensembles of musicians” _ a point emphasized by calling the 18 piece aggregation on this CD the Large Ensemble. “I want to take the big band sound, energy, and force, and use it in a way that doesn’t sound dated or generic,” John elucidates, “to create personal, non genre specific music.”

From first listen, you can hear something different with this music, and given its pan genre or even genre bending sounds and feels, a look at the list of composers who John says influenced his large ensemble writing helps explain why. The list starts with jazz composers and arrangers Maria Schneider, Jim McNeely, Bob Brookmeyer, Gil Evans, and “the Stan Kenton writers,” and reaches to leading innovators in fields of 20th century music including Gyorgy Ligetí, Peter Garland, Brian Eno, Steve Reich, and John Adams. One might even suspect that John’s list would include his neighbor, musical innovator and AACM founder Muhal Richard Abrams, to whom he pays tribute on this album on “RAM.”

It’s not surprising then that the varied timbres that color and illuminate the music on A Blessing further set apart its sounds from those on other large ensemble recordings. In addition to the fascinating extended melodies and overlaid rhythmic textures that are trademarks of John’s approach, ask yourself when (if ever) was the last time you heard “bowed vibes” (literally, bowing vibraphone keys using a bass bow) or English horn or voice used the way they are on this recording.

Even otherwise quirky juxtapositions of materials and ideas make sense together when John combines them. “April in Reggae” replete with a quote from “April in Paris” toward the end is a tune John intended to “swim in between reggae and swing.” His 2002 International Association of Jazz Educators/ASCAP Commission “Folkmoot,” which honored pianist and radio host Marian McPartland, becomes a musical meeting of McPartland and saxophonist/composer Jimmy Giuffre, with Gary Versace on piano representing McPartland and Dan Willis on English horn representing Giuffre. Explains John, “Marian McPartland’s Piano Jazz theme is thrown around until the ending, when it is stated verbatim. (Since the piece was really dedicated to her, she won the argument.)”

For voice, the band has the vocally astounding Theo Bleckmann, whom John describes as one of his closest friends and whom, along with mallet man Matt Moran, he calls “the band’s secret weapon.”

“I think people, especially non musicians, like the voice because it brings the music closer to their own world. It is easier to relate to, because everyone at least possesses that instrument,” explains John. “I have always personally liked the voice more as an ensemble instrument and less as a foreground lead instrument, as it is usually used.”

Theo’s non verbal voice can be heard instrumentally permeating the record, ranging from the panting and grunting in “Weiji,” to sci fi outer space sounds whirring by in “Abstinence,” to instilling pure and ethereal tone as it intermingles with bassist Kermit Driscoll’s bass harmonics at the end of “The Music of Life.”

More traditionally, though hardly conventionally, Theo delivers two texts _ a blessing and a prayer _ that appropriately enough frame A Blessing.

John wrote “A Blessing,” also commissioned in 2001 by the IAJE, to feature Theo, and he based it on the words to the Irish Blessing that were printed on the mass card at his grandmother’s funeral. “While I had seen this text many times, it didn’t resonate with me until that moment,” recalls John. “Often, I pick a subject to write about based on an ideal of how I wish I could be, or the how the world could be.” Likewise, “The Music of Life,” with words from Hazrat Inayat Khan, fits that utopian ideal. John describes the piece as “a simple chant like piece that sums up why we are doing what we are doing. Because we feel that music can change lives, it can heal.”

It’s that kind of sensitivity combined with imagination and respect that allows the exceptionally creative music on this recording to energetically uplift the listener and confer a certain musical grace, reflected in the album’s particularly apt title. Adds John, “I like the title, because it can immediately be taken in many different ways. It is a blessing to listen to music, to play music, to live, to die. This music is a blessing; all music is a blessing; my grandmother was a blessing; everyone is a blessing.”
Frank Tafuri

Text for the "Music of Life" is excerpted from The Music of Life by Hazrat Inayat Khan ©Omega Productions, New Lebanon NY (omegapub.com) Used by permission.

This recording is dedicated to my grandmother, Madeline Heath. Special thanks to the Hollenbeck family Schroeder families for their continued love and support. Also thanks to IAJE, ASCAP, The Air Force Falconaires, Jamie Begian Big Band and Patrick Zimmerli for their work in the creation and premiere of "A Blessing" and "Folkmoot".